Yesterday we BLOGed about Potenza Italy. Bari is about a 2 hour drive east of Potenza on the RA5 and then SS407. Bari is on the Adriatic Sea with a protected boat marina. It is a city of above 300,000 people. It has an old town and two modern harbors. There is a beautiful old Basilica and a castle to see. The Barivecchia is an old area of the city. It is a sprawl of narrow streets and paths. Until recently it was considered dangerous for tourists because of petty crimes. Today it has been improved and it is an area of pubs and restaurants. Many artists are in this area. 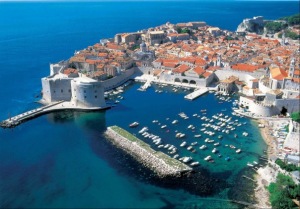 Bari on the Adriatic Sea

Just north of Bari are the towns of Bisceglie, Barletta, Polignano a Mare and Trani, which have some of the best beaches in the area. Watch your valuables as Bari is known for pick pockets. If you are used to walking in any big city, this is not a major problem.

Ferries from Bari go to many places including Dubrovnik and Greece.

This site uses Akismet to reduce spam. Learn how your comment data is processed.